THE CALIFORNIA CATTLE COUNCIL WORKS TO INVEST IN CRITICAL PROJECTS THAT WILL HAVE EFFECTIVE RESULTS AND BENEFIT ALL OF CALIFORNIA’S CATTLE SECTORS, WITH ADVOCACY, EDUCATION AND RESEARCH ALL AT TOP OF MIND.

Stories from California Cattle Country takes listeners to some of the most beautiful parts of this diverse state to learn more about the people and practices of ranches and dairies. Follow our host, Ryan as he darts around the state meeting cattle ranchers and dairy farmers learning about the animals and land they care for everyday.

Season 2, Episode 14 Out Now! This episode addresses the almost unprecedented precipitation in California and its effect on a Northern Californian rancher. The effects are in no way localized with extensive flooding, [...]

Season 2, Episode 13 Out Now! Join us for a conversation with lifelong Parkfield resident and rancher, Kevin Kester where we discuss the towns of San Miguel and Parkfield, the second oldest bar [...]

Season 2, Episode 12 Out Now! Pozo is set in a bowl shaped valley. In fact, the word Pozo translates to well or hole in Spanish. The town originated as a stop on [...]

Recognizing that many cattle producers could benefit from additional regulatory expertise and professional support, in the Spring of 2021 the California Cattle Council awarded a grant to the California Cattlemen’s Foundation to develop a technical assistance program available to all cattle producers at no cost. This new program, called the Rancher Technical Assistance Program (RTAP), is now underway. 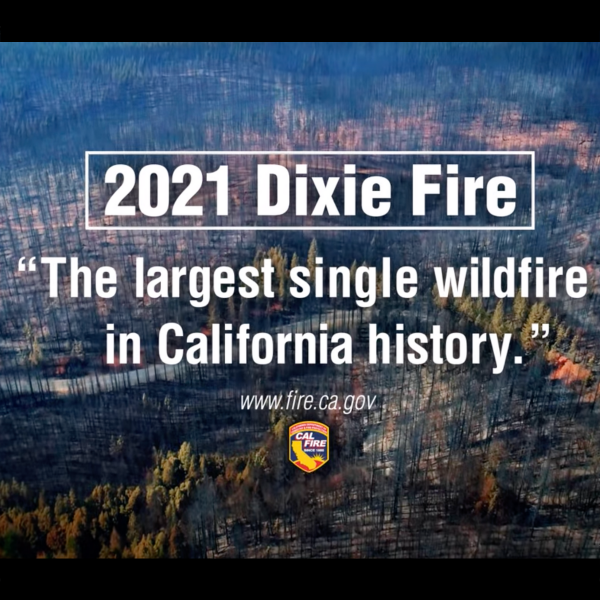 Earlier this summer, we launched an updated phase of the Wildfire Resiliency campaign, which focused on urging our leaders to immediately implement actions to ensure our forest, range, and wildlands are fire resilient and healthy. Click the button below to see the campaign materials or visit calresilient.com to learn more. 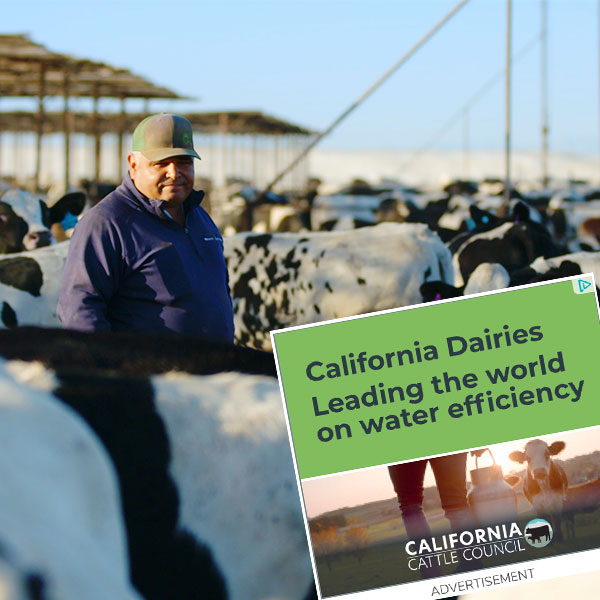 This campaign is designed to highlight California dairy families’ continued investments in technology and innovation to dramatically reduce water use. Radio, digital advertising and other strategies are being ran through this campaign. Click the button below or visit the campaign website at https://greencowca.com to learn more. 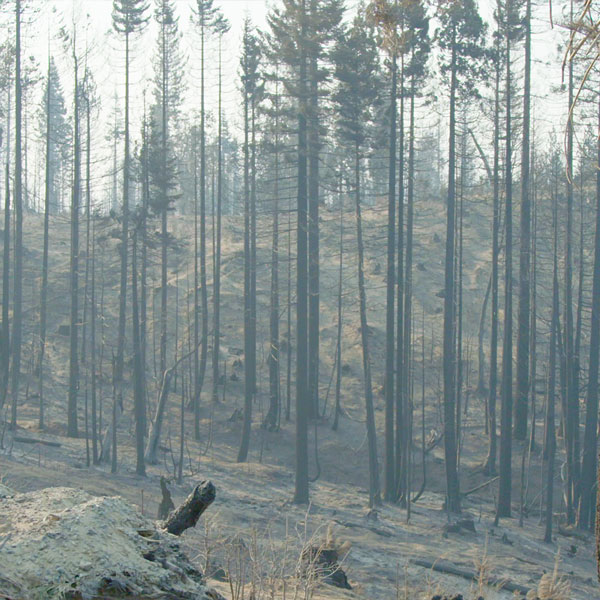 Last year, the Council launched a campaign to communicate that now is the time to act to improve land management practices and increase grazing and prescribed fire to reduce wildfires. These efforts were driven by a digital media campaign directing audiences to www.calresilient.com, plus coverage in major media outlets.

THE VOICE OF THE CALIFORNIA CATTLE COUNCIL COMES FROM BOARD MEMBER WHO WERE SELECTED OVER A SIX-WEEK NOMINATION PERIOD AND REPRESENT THE DIVERSITY OF CATTLE PRODUCERS AROUND THE STATE. IN THIS BLOG, GET TO KNOW THE BOARD MEMBERS AND FIND OUT MORE ABOUT THEIR LEGACIES AND CONNECTIONS TO CALIFORNIA’S RANCHING AND FARMING COMMUNITY. 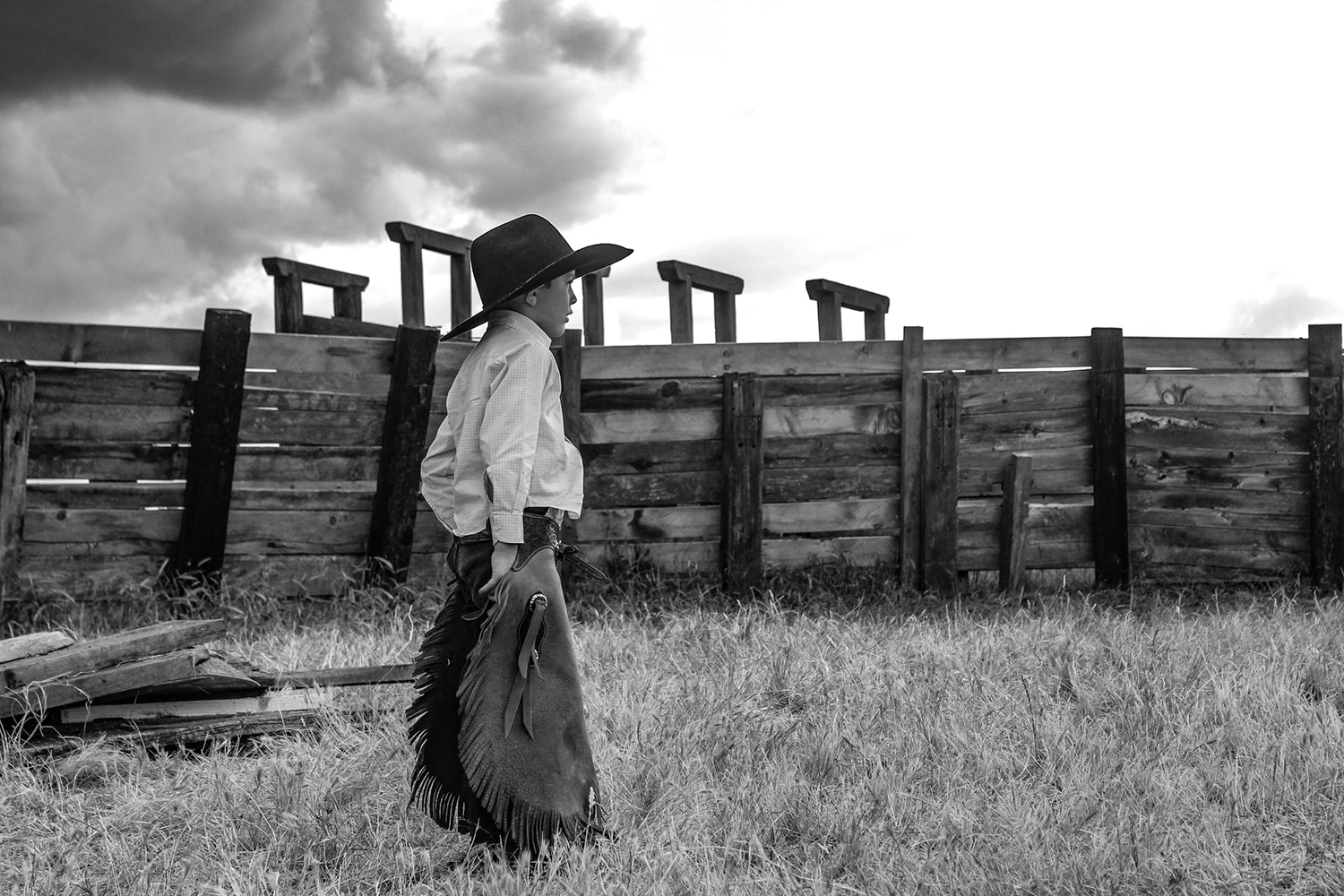 THE VOICE OF THE CALIFORNIA CATTLE COUNCIL COMES FROM BOARD MEMBER WHO WERE SELECTED OVER A SIX-WEEK NOMINATION PERIOD AND REPRESENT THE DIVERSITY OF CATTLE PRODUCERS AROUND THE STATE. IN THIS BLOG, GET TO KNOW THE BOARD MEMBERS AND FIND OUT MORE ABOUT THEIR LEGACIES AND CONNECTIONS TO CALIFORNIA’S RANCHING AND FARMING COMMUNITY.

Partnerships are essential to our success. Throughout the year we seek requests for proposals (RFPs) from qualified individuals and organizations to fund projects inline with the California Cattle Council’s strategic priorities. Click on “opportunities” to find out to learn more about working with us.

The California Cattle Council was established by a vote of the state’s beef producers to determine if $1.00 should be assessed on the sale of live cattle to fund the California Cattle Council in order to provide more resources to defend and promote cattle production in the state. Senate Bill 965 was enacted in to law on January 1, 2019, creating the opportunity for cattle producers to vote on the formation of the council through a referendum conducted by the California Department of Food and Agriculture. On April 5, 2019 following a favorable implementation referendum among California cattle producers, the Council became fully operative.

With one full year of operation now in the books, the California Cattle board, comprised of cattle producers, has set the strategic plan for the organization and already successfully funded multiple projects.

LEARN MORE ABOUT US 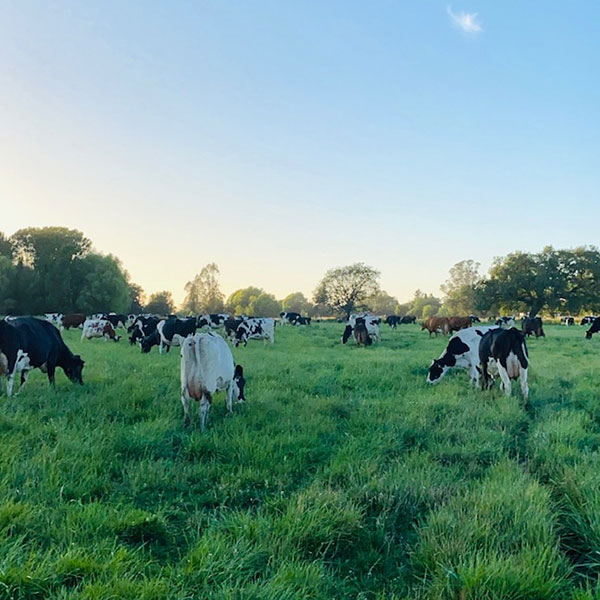 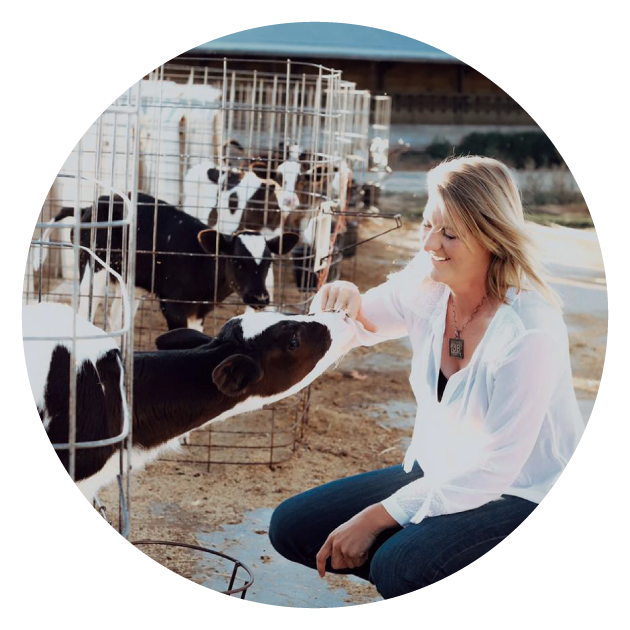 “A goal I have for the Council is to make sure we show unity. We are fortunate that multiple sectors of California’s cattle industry are represented. I hope that this diversity on the board helps motivate the people paying into the Council to keep their dollar going to the Council.” 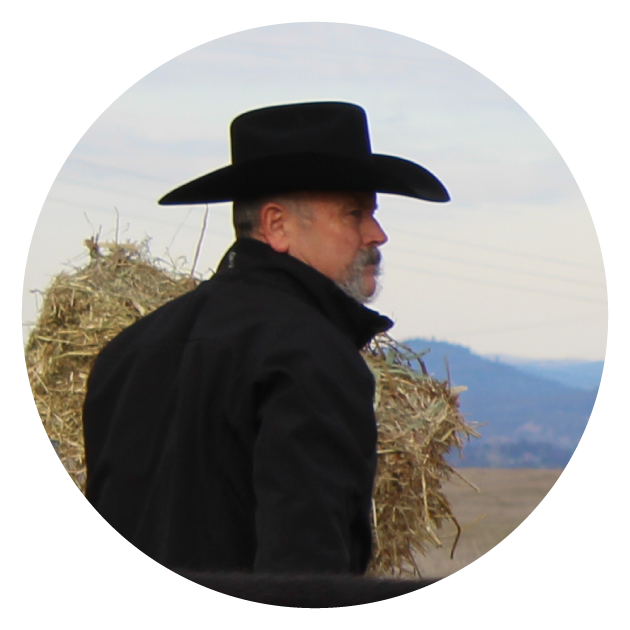 “My goals for the Council are simple. I want the Council to benefit the cattle industry, as well as the consumer. The Council should be able to not only help change the false stereotypes of raising cattle, but also help people choose healthy foods based on science and truths, not false facts and myths.” 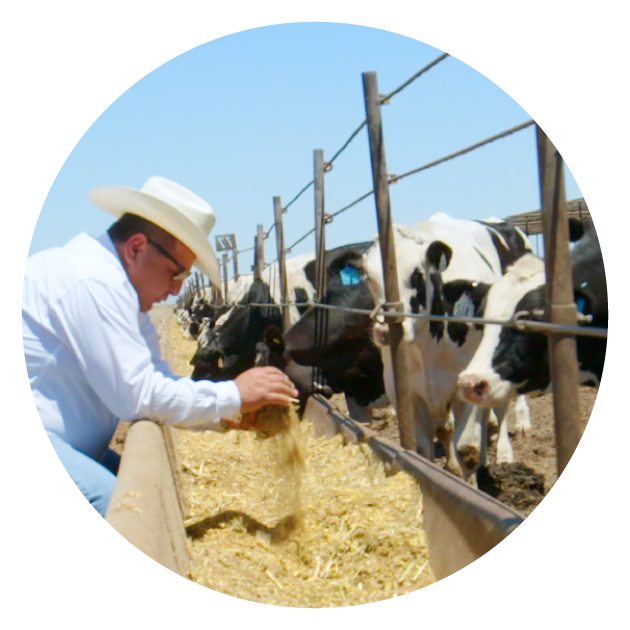 “A few of my goals are to establish a strong foundation that demonstrates why cattle producers overwhelmingly voted in favor to form the California Cattle Council. We take our responsibility to spend our producers’ dollars effectively and judiciously very seriously. I view the Council as an important business investment that producers can be proud of and will keep our great industry economically viable for generations to come.” 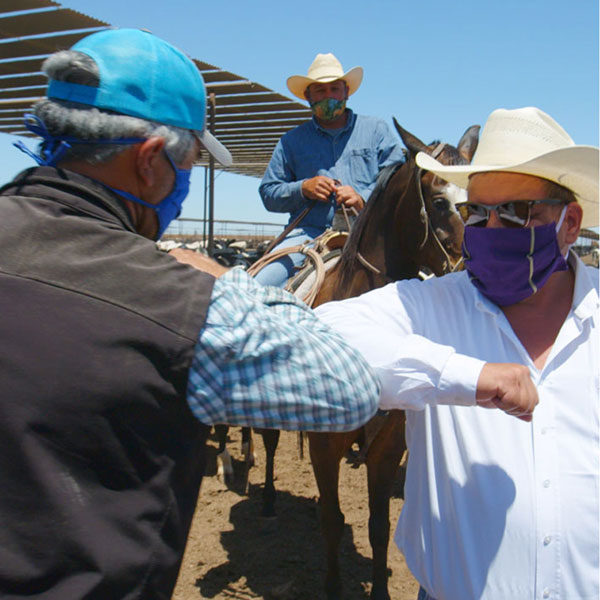 All producers are and those interested in engaging with the Council are welcome to participate in our meetings. 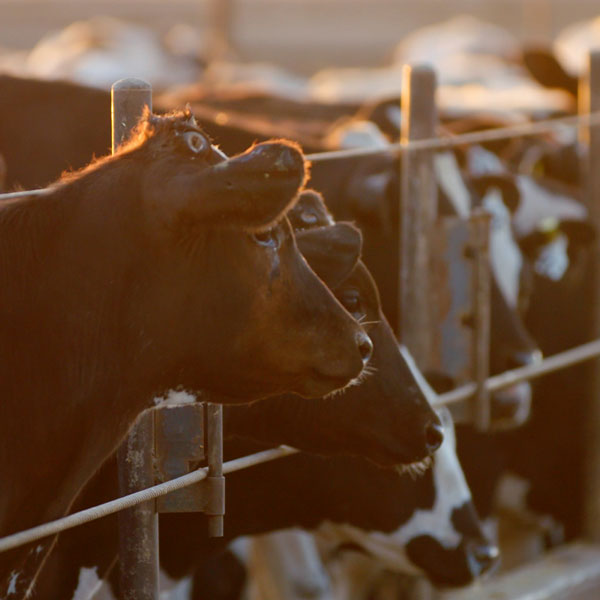 The California Cattle Council Law requires an assessment of $1.00 per head on all cattle and calves (with some exemptions). Auction yards and packer plants reporting those assessments should use these forms for reporting. 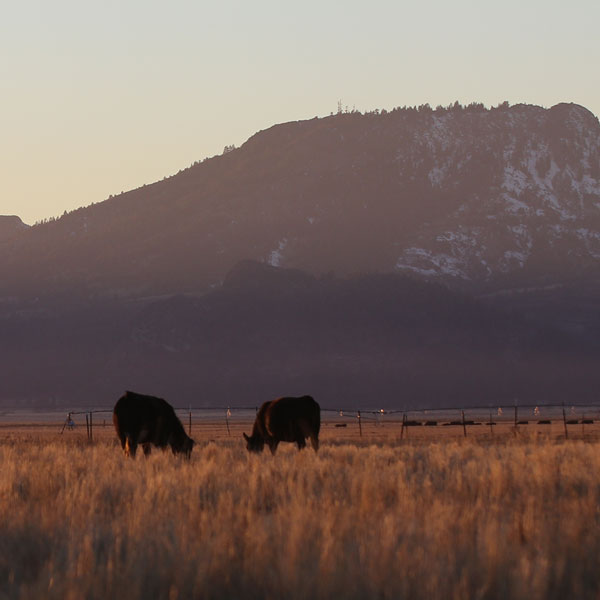 We want you to feel proud of the investment you make in the California Cattle Council as a producer. If you are not satisfied with your investment and the work of the Council you may request a refund.

What is the difference between the Cattle Council and the Beef Council?

How was the California Cattle Council established?

The Cattle Council assessment is refundable without prejudice.

Is the California Cattle Council affiliated with the Federal Beef Checkoff Program?

The California Cattle Council is not subject to the federal beef checkoff program. Additionally it is not influenced by the U.S. Department of Agriculture or the National Cattlemen’s Beef Association (NCBA). All funds stay in California.

Who is eligible to serve on the California Cattle Council?

The California Cattle Council Board of Directors is comprised of cattle producers who direct the activities of the Council and select funding priorities. All producers are eligible to serve on the board and all members of our board are appointed by the California Secretary of Agriculture. These are non-paid appointments.

The Cattle Council is be comprised of producers of all segments of the California cattle industry (same as beef council).